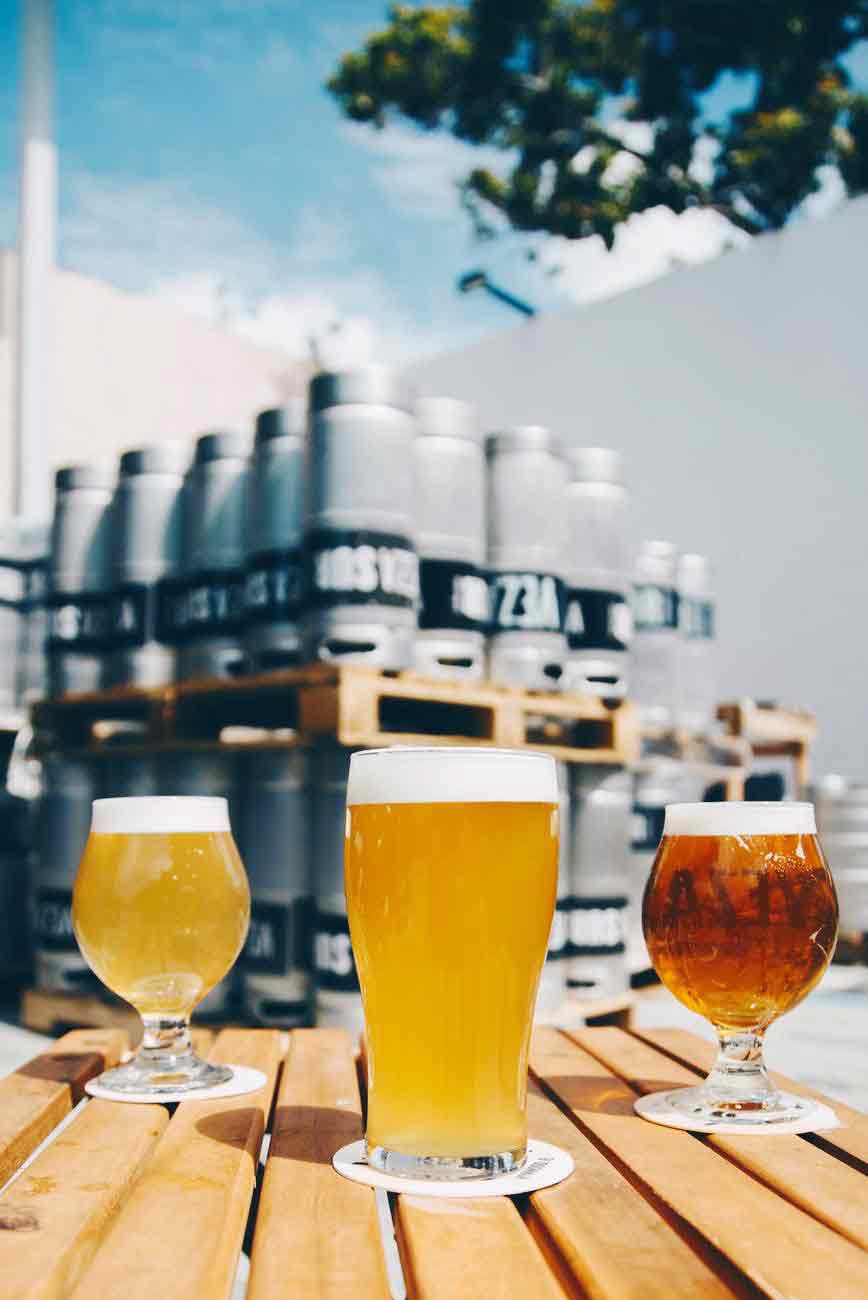 Whether you’re a seasoned vegan, or just getting started, it’s pretty straightforward to know which foods you eat are vegan or not. But is alcohol vegan? Well the answer is yes, and no. Just like it takes some practice to remember to check labels, it also takes practice to know which booze you can drink and which ones you have to ditch. So today we are taking a look at a classic beverage, beer. And answering the question, is beer vegan?

If you’re a fan of this drink which mixes water, barley, hops, and yeast then you’re in luck! Most of the time, beer is good to go. If you’re a fan of drinking local beers you’re even more in luck! It’s harder to find a sneaky local beer that has animal byproduct in it than mass produced beer. So let’s break it down.

So what would make a beer not vegan? There’s 3 key things to watch out for:

Looking to dive deeper on those three trouble makers? Lets start with isinglass.

Breweries will use byproducts like isinglass to help clarify the beer. That said, it seems like a lot of breweries have moved away from this tradition as it isn’t required and can increase their production cost. Good news for us! This one is tricky though, as not all breweries disclose if they use isinglass or gelatins in their processes.

If you’re anything like us though, we love exploring our local breweries. And just like many of the big guys are moving away from these byproducts, local breweries tend not to use them in the first place. They stick to the magic 4 ingredients of beer (and of course, experiment with other flavours).

Obviously, if a beer has honey in it, or it’s called  Milkshake IPA or Milk Stout, those aren’t vegan either. Thankfully, they make that pretty obvious. The only other sneaky ingredient worth looking out for is when a brewery sneaks in lactose. Local breweries tend to love lactose, so get used to asking. You’ll usually find this in flavoured stouts and porters, and the above mentioned Milkshake IPAs. If something doesn’t call out lactose but has fruity flavouring in a (usually) darker beer, and has an ABV (Alcohol By Volume) over 6%, ask. A lot of places will use lactose to help bring out the fun, interesting flavour so it doesn’t get buried under a strong alcohol percentage.

How to Find Out if Beer is Vegan Quickly

Nowadays, some breweries will say clearly if they’re vegetarian or vegan, but it’s still a growing trend. So if you’re sitting down for a cold one and don’t know if it’s safe to drink, here are some tips to help you make a choice quickly:

So whether you’re looking to discover your next favourite beer, or you’re heading to a BBQ and need to grab something, these simple tips and things to watch for can help you make sure your beer is vegan. And of course, drink responsibly!

What’s your favourite beer? And what alcohol type would you like us to dive into next time? Let us know!

Sigourney and Brigette are two city-living blondes with a love for animals!

Creating plant-based recipes, sharing cruelty-free products, and tips on living a healthy lifestyle. More about us →